Tina Charles, Mercury in pursuit of rebound vs. Lynx 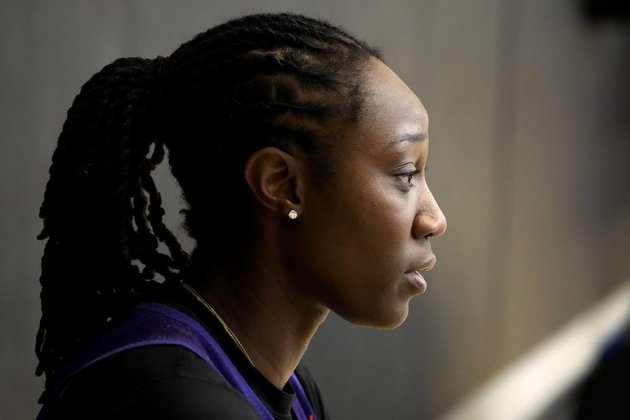 The host Minnesota Lynx and Phoenix Mercury will face off for the second time in a span of three days when they meet Thursday night in Minneapolis.

Both teams are struggling and sitting in the bottom two places in the WNBA's Western Conference standings. But the Lynx (4-13) snapped a five-game slide on Tuesday when they beat the Mercury (6-11) 84-71 in Phoenix.

Kayla McBride led Minnesota in that win with 18 points. The Lynx have had a lot of luck in Phoenix, beating the Mercury 10 straight times at the Footprint Center. Key to the Lynx's win this time was a 20-8 run in the second half.

"I thought overall we had good pace," Lynx coach Cheryl Reeve told the Twin Cities Pioneer Press. "A good connection, which is something that's been growing for us."

Among the many problems for Phoenix was a poor scoring night from star center Tina Charles, who had just seven points on 2-of-8 shooting. Charles also grabbed seven rebounds for the Mercury in 34 minutes of play. Charles is second on the team in scoring and second in rebounding this season, averaging 16.7 points and 7.4 rebounds per game.

Tuesday broke a six-game streak of Charles scoring in double-digits. The Mercury are 1-3 this season when Charles doesn't have at least 12 points.

"We definitely need to score to win, and when one of our main scorers isn't doing it, that does put a lot of strain on us," Mercury coach Vanessa Nygaard said after the game.

Skylar Diggins-Smith led the Mercury in scoring against the Lynx on Tuesday with 25 points.

The WNBA announced starters for its annual all-star game on Wednesday. No active Phoenix players made the cut, but Minnesota center Sylvia Fowles did. It will be her eighth all-star appearance, and she'll be a co-captain.

Fowles didn't play on Tuesday against Phoenix as she continues to nurse a knee injury.

In her place, Damaris Dantas had eight points and seven rebounds in 22 minutes. Natalie Achonwa returned to the lineup, notching 12 points and six boards in 18 reserve minutes. Fowles practiced some last week, but it's unclear when she will make a full return.