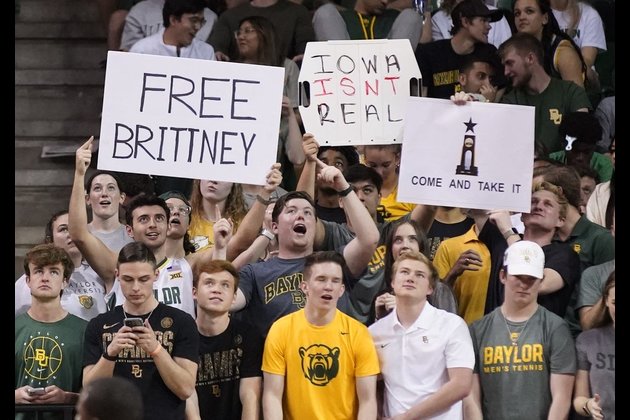 Phoenix Mercury center Brittney Griner has been named an honorary starter for the WNBA All-Star Game next month in Chicago.

Griner, 31, arrested in Russia in February and detained there since, is a seven-time All-Star in the league. She has averaged 17.7 points and 7.6 rebounds in her nine-year career since being selected No. 1 overall in the 2013 draft.

"During each season of Brittney's career in which there has been an All-Star Game, she has been selected as an All-Star," WNBA commissioner Cathy Engelbert said Wednesday in the announcement.

"It is not difficult to imagine that if BG were here with us this season, she would once again be selected and would, no doubt, show off her incredible talents. So, it is only fitting that she be named as an honorary starter today and we continue to work on her safe return to the U.S."

The All-Star Game will be held July 10.

A Russian court last week extended the detention of Griner through at least July 2.

This was the latest extension handed down by the Russians, who arrested Griner in February at an airport near Moscow. She is accused of illegally transporting cartridges of hashish oil, which carries a maximum sentence of 10 years.

U.S. officials have classified her arrest as "wrongful detainment."

She plays for UMMC Ekaterinburg in Russia during the offseason.

Griner has played for that team for six seasons, with many other WNBA players playing in Russia for financial reasons. Griner has won two Olympic gold medals, an NCAA title and a WNBA championship.