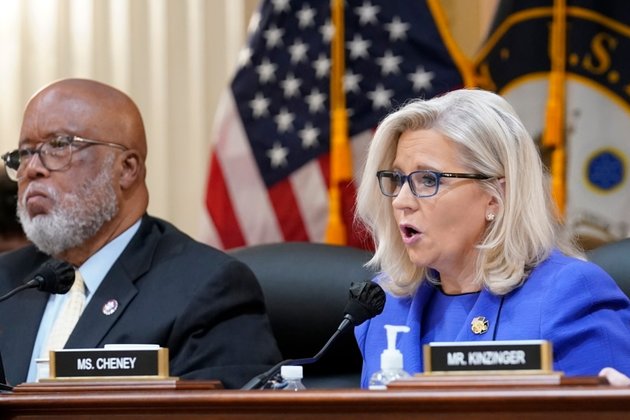 Key election officials from the southern state of Georgia and the western state of Arizona, both of which Trump lost, are expected to testify about his efforts to reverse the outcome.

The House of Representatives investigative panel has already heard testimony that key Trump aides told him he had lost the 2020 election and that there were a minimal number of voting irregularities, not enough to overturn the national Electoral College victory for Democrat Joe Biden.

In addition, Trump was told it would be illegal for then-Vice President Mike Pence to unilaterally block Biden's victory, as Trump privately and publicly implored Pence to do.

At the center of Trump's efforts was an audacious scheme to have fake electors supporting Trump named in states where Biden had narrowly defeated him to certify that Trump had won enough states to keep him in power for another four years.

In the U.S., presidents are effectively chosen in separate elections in each of the 50 states, not through the national popular vote. Each state's number of electoral votes is dependent on its population, with the biggest states holding the most sway.

About 2,000 Trump supporters stormed the Capitol on January 6, 2021, for hours, blocking lawmakers from certifying Biden's eventual 306-232 victory in the Electoral College.

But in the days and weeks ahead of the certification, Trump worked to overturn ballots in states he narrowly lost, hoping to change the overall national result. Much of his effort centered on Georgia, which he lost by 11,779 votes out of the 5 million that were cast. Trump's defeat in Georgia was the first time a Republican lost the state since 1992.

"We'll show evidence of the president's involvement in this scheme," committee member Adam B. Schiff said Sunday on CNN's "State of the Union" show. "We'll also, again, show evidence about what his own lawyers came to think about this scheme. And we'll show courageous state officials who stood up and said they wouldn't go along with this plan to either call legislatures back into session (to name Trump electors) or decertify the (Electoral College) results for Joe Biden."

The January 6 investigative committee is expected to hear testimony from Georgia Secretary of State Brad Raffensperger, the state's chief election official, his colleague Gabriel Sterling and Arizona Republican House Speaker Rusty Bowers, who torpedoed a bill that would have let lawmakers reject the results of an election. 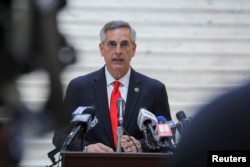 FILE - Georgia Secretary of State Brad Raffensperger gives an update on the state of the election and ballot count during a news conference at the State Capitol in Atlanta, Georgia, Nov. 6, 2020.

While the House committee cannot bring criminal charges, the Department of Justice is closely monitoring the hearings to determine whether anyone, Trump included, should be charged with illegally trying to reverse the election outcome to keep him in power. A prosecutor in Atlanta, the capital of Georgia, has convened a grand jury investigation to probe Trump's actions to overturn the vote in that state.

In a taped January 2, 2021, call to Raffensperger, Trump pleaded with him to overturn the state's vote. The ballots had been counted three times, and each time Biden won.

But Trump persisted, telling Raffensperger, "The people of Georgia are angry. The people of the country are angry, and there's nothing wrong with saying that, you know, that you've recalculated. All I want to do is this: I just want to find 11,780 votes, which is one more than we have. ... Fellas, I need 11,000 votes. Give me a break.'

'There's no way I lost Georgia," Trump argued to Raffensperger. "There's no way. We won by hundreds of thousands of votes. And you would be respected, really respected, if this thing could be straightened out."

Trump continues to contend he was cheated out of another term in the White House and has hinted he might run again for the presidency in 2024.

Over the weekend, he complained on social media about the House investigation and defended his call to Raffensperger.

"My phone call to the Georgia Secretary of State, with many other people, including numerous lawyers, knowingly on the line, was absolutely PERFECT, and appropriate," Trump wrote. "YES, it was a PERFECT CALL...."

"The highly partisan Unselects (on the investigative committee) are trying to create a FAKE narrative, for whatever reason but only with evil intention, that 'He (me) knew he lost the election,'" Trump said. "This is completely false. I felt the Election was RIGGED & STOLLEN (sic), have from the very beginning, & have only gotten stronger in that belief with time & large amounts of additional evidence and proof."