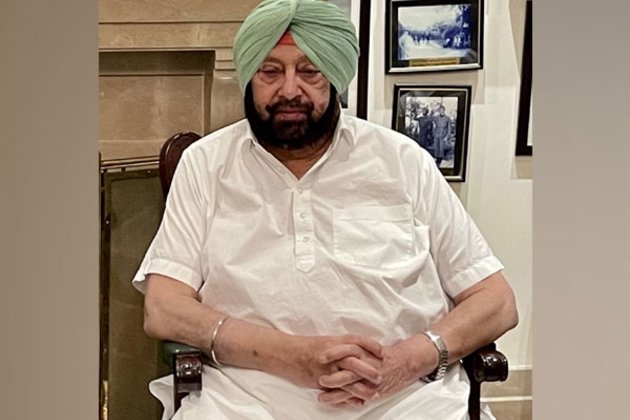 Chandigarh (Punjab) [India], October 14 (ANI): Former Punjab Chief Minister Captain Amarinder Singh has hit out at state minister Pargat Singh for trying to link him with BJP and said that the hockey player-turned-politician and Navjot Singh Sidhu have "nothing better to do than cook up ridiculous stories for cheap publicity".

Capt Amarinder Singh on Thursday hit out at Pargat Singh and Sidhu in a tweet made by his media advisor Raveen Thukral.

"This is the height of irresponsibility from a state minister. You and Navjot Singh Sidhu are clearly birds of the same feather, with nothing better to do than cook up ridiculous stories for cheap publicity: Captain Amarinder Singh to Pargat Singh," tweeted Thukral.

Pargat Singh had earlier in the day made accusations against Capt Amarinder Singh, who resigned from his post last month.

"I have always said Captain is with BJP only. Earlier he went to Delhi to delay paddy procurement and now this... If you are deploying BSF in Punjab it shows your motive is to impose governor's rule," Pargat Singh had said.

The Centre has empowered Border Security Force (BSF) to conduct searches, arrest suspects and make seizures up to an area of 50 km inside Indian territory from International Border (IB) along India-Pakistan and India-Bangladesh borders.

As per the fresh order, the BSF, which was only empowered to take action up to fifteen kilometres in the states of Punjab, West Bengal and Assam, has now been authorised to spread its jurisdiction up to 50 km without any hurdle or further permission either from central or state governments.

The Congress government in Punjab has opposed the increase in the jurisdiction of the Border Security Force. Shiromani Akali Dal has also opposed it. Both the parties have demanded the Centre to withdraw this decision, calling it an attack on the federal structure of the country. (ANI)