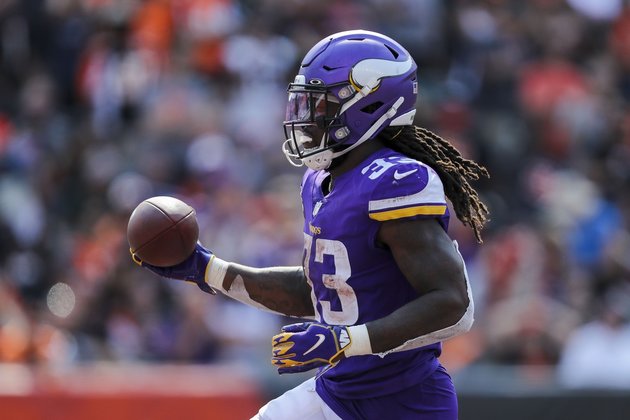 Cook will miss his second game of the season with an ankle injury initially sustained during the Vikings' 34-33 loss to the Arizona Cardinals on Sept. 19. The two-time Pro Bowl selection missed the next week's contest against the Seattle Seahawks before rushing for 34 yards in Minnesota's 14-7 loss to Cleveland Browns last Sunday.

Cook, who was listed as questionable for Sunday's game against the Lions, has 51 carries for 226 yards and one touchdown for the Vikings (1-3).

Alexander Mattison is expected to carry the load in the backfield on Sunday. He has 40 carries for 145 yards in four games this season.